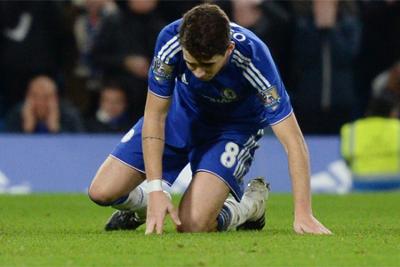 LONDON: Guus Hiddink’s first Premier League match back in charge of Chelsea ended in a 2-2 draw against Watford after Oscar missed a penalty in the 80th minute at Stamford Bridge on Saturday.
With the score level, Eden Hazard was tripped by Valon Behrami. Oscar stepped up, and slipped in his run-up before blazing over.
Diego Costa gave Chelsea the lead with a volley after John Terry won a header from Willian’s corner in the 33rd minute.
Troy Deeney leveled with a penalty three minutes before halftime, sending Thibaut Courtois the wrong way after Nemanja Matic’s handball.