Dhananjaya took one year to be a kickboxer 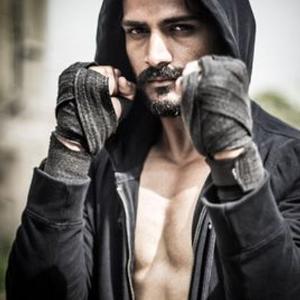 For Boxer, the actor had to spend six months just to get the basics of kickboxing right. Another six months went training under stunt master Ravi Verma. Finally, the shooting took only 56 days. Director Preetham Gubbi said, “Firstly, this was not my genre. I was happy making rom-coms and romantic entertainers. To make a film out of such an intense script was also personally challenging for me.The number of main characters is also very limited. So, a large amount of preparation was necessary for me. As for Dhananjay, he had to look and and behave like a real kickboxer. Kickboxers are lean and flexible.First, he learnt the basics of a kickboxer’s body language. He got his body fit. A person who is not completely fit will look flat trying to do kickboxing. For six to eight hours each day for about six months, he learnt kickboxing. Then stunt master Ravi Verma took over.”

However, the film is not about kickboxing per se. “Kickboxing is the backdrop, but the film plot is not about Dhananjay winning some competition. His character knows very little about human bonds and emotions as he is completely into being a kickboxer. He only knows to kick and get kicked. How his emotions come out without his own knowledge as his interaction with others develop forms the film’s story.A girl enters his life and he does not realise that he has changed because of her,” Gubbi says about the film’s basic premise.

And kickboxing remains the commercial point. Gubbi said, “There are no negative characters in the film. There are four main kickboxing fights involving Dhananjay.Popular stunt master Charandeep is seen in one of the fights. When he was told about the role, he took six months training to look the part. Thailand-based Swedish kick boxer Ronn is also seen in the film fighting Dhananjay. It looks as good as real. The character of Dhananjay is not of a professional kickboxer. But he is driven to fight the most important fight of his life in kickboxing.” Gubbi says songs were necessary even in a film like this. “Out of the three songs, one is a montage. The other two are told in the point of view of the protagonist. One is a tough guy’s imagination of love, and the other what happens when a girl enters this guy’s life.”

Dhananjay has been however lucky to get big names to back him in each of his films. While his first film was directed by Guruprasad of Matha fame, his second film was directed by AP Arjun and was produced by music composer V Harikrishna.Boxer is made by top producers Jayanna and Bhogendra.