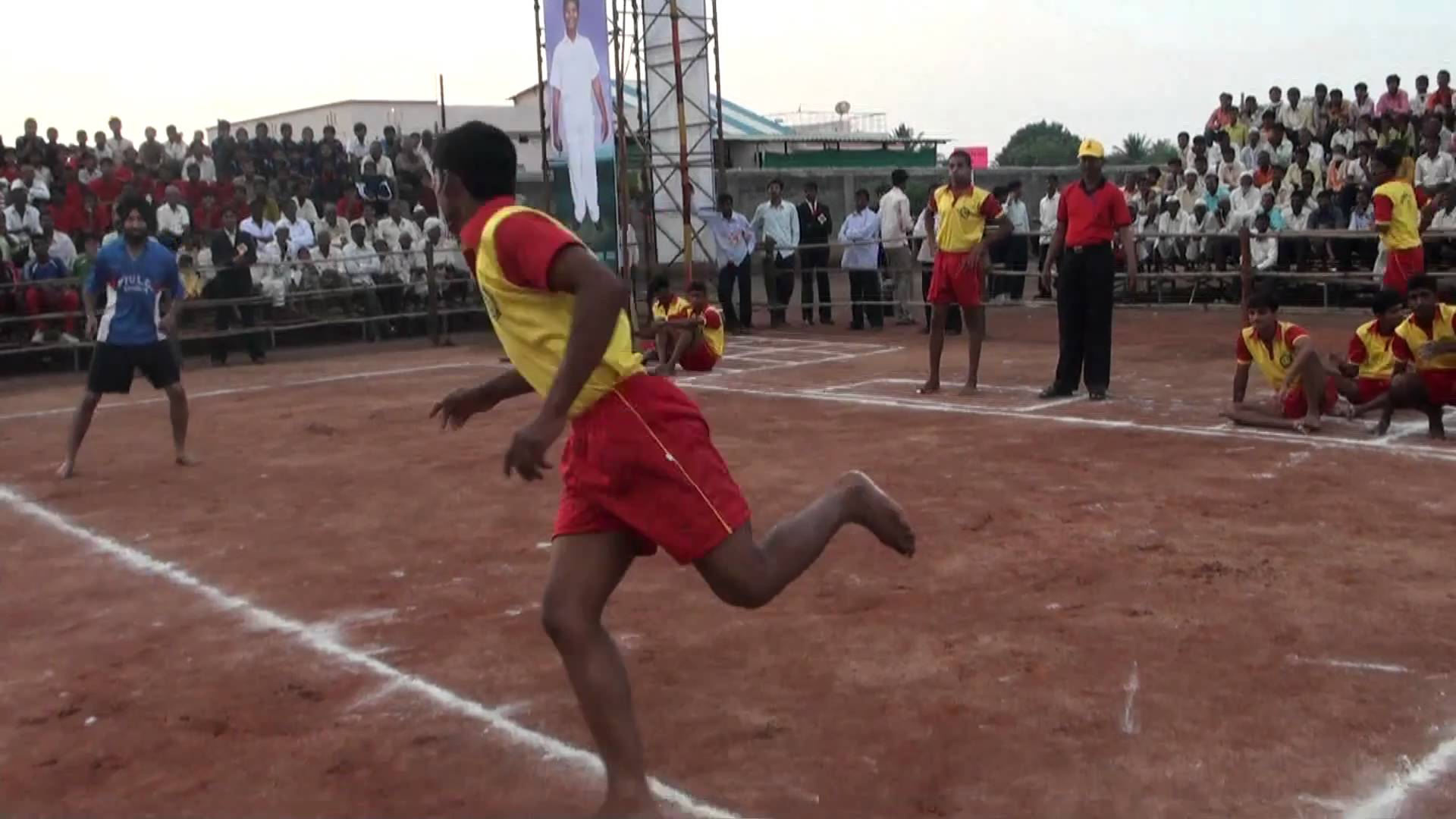 Langdi is a traditional Indian field sport, similar to hopscotch. It is described as a sport with a Marathi ethos.

Langdi is a team sport between two sides, played 12 players a side, and an additional three extra players. A match lasts 36 minutes. It is played in four innings of nine minutes each. The team that wins the toss defends. The chasing team sends chasers who hop on one foot and try to tag the defenders. The chasers can step out of the ground as long as they keep on one foot. The defenders are declared out if they step out of the ground or commit a line fault. The team that tags most defenders is declared the winner.