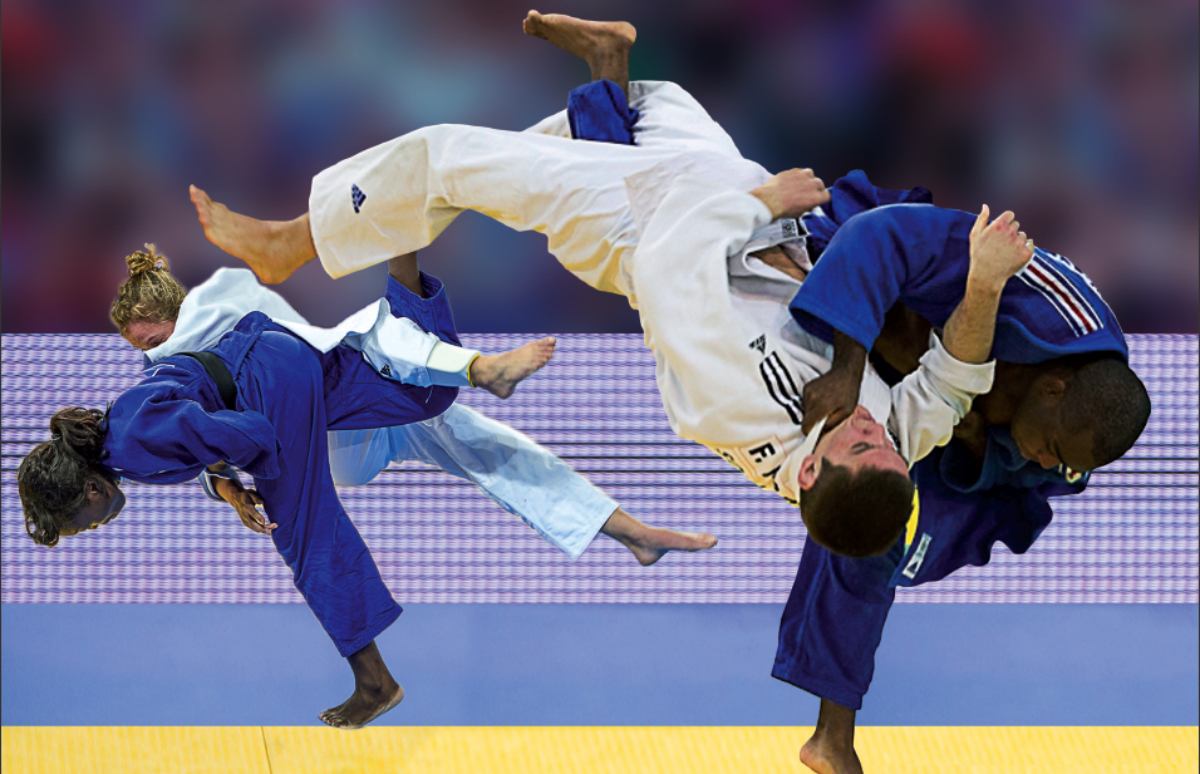 Penalties
Two types of penalties may be awarded. A shido is awarded for minor rule infringements. A shido can also be awarded for a prolonged period of non-aggression. Recent rule changes allow for the first shidos to result in only warnings. If there is a tie, then and only then, will the number of shidos (if less than four) be used to determine the winner. After four shidos are given, the victory is given to the opponent, this is an indirect hansoku-make, and does not result in expulsion from the tournament. The penalty of hansoku make is awarded for major rule infringements, or for accumulating four shidos. If hansoku make is awarded for a major rule infringement, it results not just in loss of the match, but in expulsion from the tournament.

Competition area
The competition area must be padded with tatami. The minimum allowable size is 14 x 14 meters. The match takes place in an 8 x 8 meter to 10 x 10 meter zone within this larger area. The surrounding space acts as a safety zone. When two competition areas are side by side, there must be at least a 3-meter safety zone between them.

Grips
Rules related to grips are primarily motivated by the desire to avoid stalling, to avoid providing undue advantage, or to reduce the chance of injury.

Gi
Rules related to the gi are primarily related either to safety or to preventing contestants from wearing gis that prevent their opponent from being able to get a grip on them.

Medical treatment, illness, and injury
The official International Judo Federation (IJF) rules related to the provision of medical treatment and to the proper handling of situations involving illness or injury are relatively long and involved, since the exact nature and cause of an injury may themselves affect the awarding of the match, and since receiving some types of medical treatment, but not others, automatically ends the match. The latter fact makes it necessary for medical attendants at judo matches to have some understanding of this rather complex aspect of the rules of judo. The medical team is not allowed to enter the fighting area without permission from the mat judge, and if a contestant receives medical treatment he automatically forfeits the match. Nosebleeds, for example can not be treated by the medical team, the contestant must fix it himself with materials provided by the medical team, proper procedure is stuffing cotton balls up the nostrils, while applying tape around the head. If a contestant is rendered unconscious without a choking technique, and is unable to wake up, the medical team has to take immediate action and they can’t wait for the contestant’s consent, he forfeits the match automatically. A contestant can ignore any injuries he has, and keep fighting. This requires that it is not of any discomfort to the opponent, e.g. bleeding over an opponent can cause penalties. If the bleeding is tried to be stopped three times, with no effect, the match is forfeited.