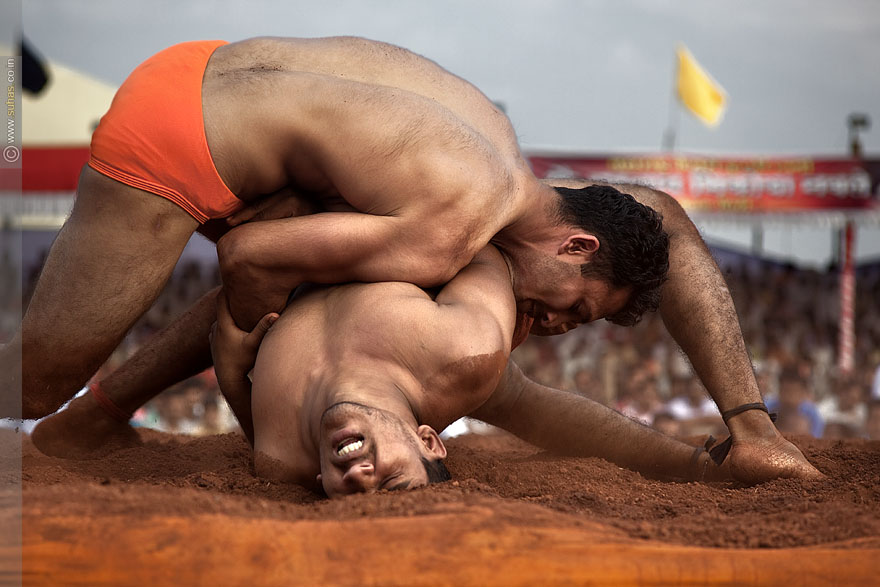 Kusti/Pehlwani is a form of wrestling from South Asia. It was developed in the Mughal Empire by combining native malla-yuddha with influences from Persian koshti pahlavani. The words pehlwani and kusti derive from the Persian terms pahlavani and koshti respectively.

A practitioner of this sport is referred to as a pehlwan while teachers are known either as ustad or guru, depending on their religion. Many southern Indian practitioners of traditional malla-yuddha consider their art to be the more “pure” form of Indian wrestling, but most South Asians do not make this clear distinction and simply view kusti as the direct descendent of ancient malla-yuddha, usually downplaying the foreign influence as inconsequential.

Wrestling competitions, known as dangal or kushti, are held in villages and as such are variable and flexible. The arena is either a circular or square shape, measuring at least fourteen feet across. Rather than using modern mats, South Asian wrestlers train and compete on dirt floors. Before training, the floor is raked of any pebbles or stones. Buttermilk, oil, and red ochre are sprinkled to the ground, giving the dirt its red hue. Water is added every few days to keep it at the right consistency; soft enough to avoid injury but hard enough so as not to impede the wrestlers’ movements. Every match is preceded by the wrestlers throwing a few handfuls of dirt from the floor on themselves and their opponent as a form of blessing. Despite the marked boundaries of the arena, competitors may go outside the ring during a match with no penalty. There are no rounds but the length of every bout is specified beforehand, usually about 25–30 minutes. If both competitors agree, the length of the match may be extended. Match extensions are typically around 10–15 minutes. A win is achieved by pinning the opponent’s shoulders and hips to the ground simultaneously, although victory by knockout, stoppage or submission is also possible. In some variations of the rules, only pinning the shoulders down is enough. Bouts are overseen by a referee inside the ring and a panel of two judges watching from the outside.