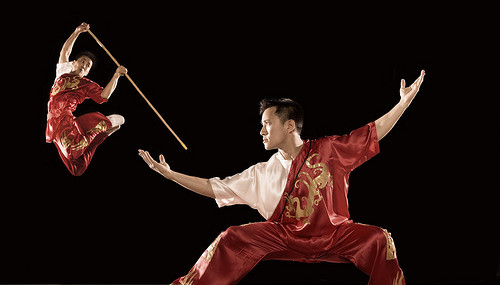 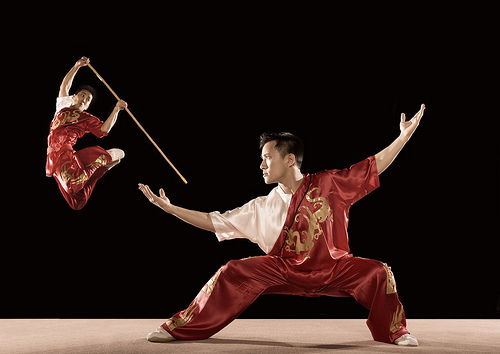 Wushu is both an exhibition and a full-contact sport derived from traditional Chinese martial arts. It was developed in China after 1949, in an effort to standardize the practice of traditional Chinese martial arts, although attempts to structure the various decentralized martial arts traditions date back earlier, when the Central Guoshu Institute was established at Nanking in 1928. The term wushu is Chinese for “martial arts” . In contemporary times, wushu has become an international sport through the International Wushu Federation (IWUF), which holds the World Wushu Championships every two years; the first World Championships were held in 1991 in Beijing and won by Yuan Wen Qing.

scheduler-recorders under the supervision of the Jury of Appeal.

2 Only competitors with credentials shall be weighed in. They must show their

passports at the time of weighing-in.

or only with their trunks on. (Female competitors may wear close-fitting undergarments.)

4 The weighing-in shall start with the lighter weight categories, each to finish in an hour. A

shall not be allowed to compete in any of the subsequent contests.

OFFICIALS AND THEIR DUTIES

1 The chief referee shall:

Competition, and to master the officiating methods.

3 The head judge shall:

5 The platform judge shall :

6. The sideline judges shall:

(I) Fill in the two fighters’ forms carefully before the competition.

competitors’ weights in the statistical chart of the bout.

decisions and report to the head judge.

11 The chief registrar shall:

12 The registrars shall perform tasks as assigned by the chief registrar.

14 The medical workers shall:

The back of head, the neck and the crotch

The head, the trunk and the thighs.

1 A competitor will be awarded two (2) pointsWhen the opponent falls off the platfonn;

2 A competitor will be awarded one (1) point

(vi) When the opponent receives an admonition,

3 No point will be awarded to a competitor

(i) A competitor commits a technical foul

0 When he fails to observe the protocol.