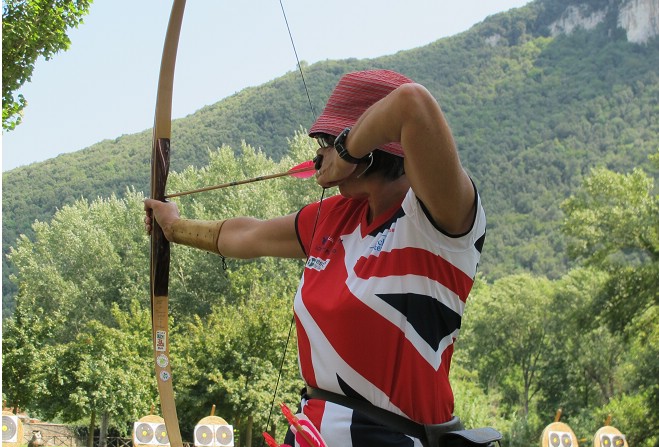 Archery GB, the national governing body for the sport of Archery in Great Britain and Northern Ireland, has announced its 2015 field rankings and there’s more good news for Island archer Lesley Sleight.

It’s been another successful year for the QEII High School teacher.

Highlights have included representing Great Britain at the World 3D Championships in Italy where she finished in 13th place and gained a Bronze medal for England at the IFAA European Field Championship.

She’s now hoping to be selected for the Great Britain field team to compete in the European 3D Championships in Slovenia.