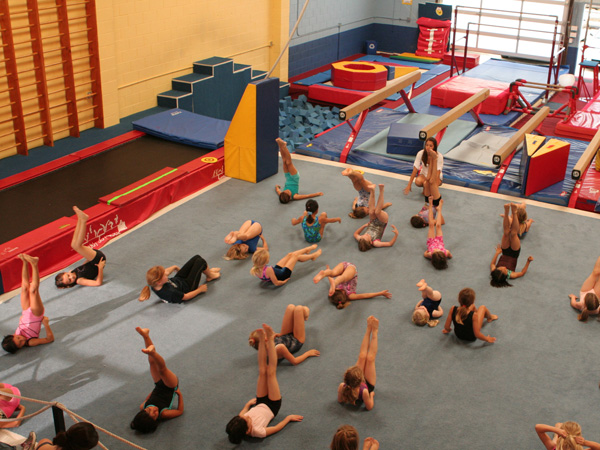 SAN JOSE — A beloved longtime San Mateo gymnastics coach from Russia has been identified as the bicyclist killed in a collision Saturday in downtown San Jose, authorities said.

Mikhail Tsitsiline, 41, of Belmont, was riding his bicycle across Reed Street at South Seventh Street about 7 p.m. that evening when he was hit by a northbound silver 2016 Audi and thrown onto a southbound 2002 GMC sport utility vehicle. Both vehicles appeared to be traveling on a green light when the incident occurred, according to San Jose police.

Tsitsiline was given CPR by a nurse who happened to be nearby, but he died at the scene.

Also known as “Misha,” he was remembered as a well-liked coach at Peninsula Gymnastics in San Mateo, where had worked for 14 years, according to a YouCaring crowdfunding page created to help send his remains to his hometown of Voronezh, Russia, where his family resides.

Voronezh is also the site of the eponymous university where Tsitsiline studied and served as an assistant coach for the School of Olympic Reserve, according to his LinkedIn page.

“Many of us who knew him admired his big heart and his compassionate nature,” fund organizers wrote on the page. “He was a gymnastics coach to many of our kids and thus has made a lifelong impact on them. He was a friend and he will forever be loved and sorely missed.”