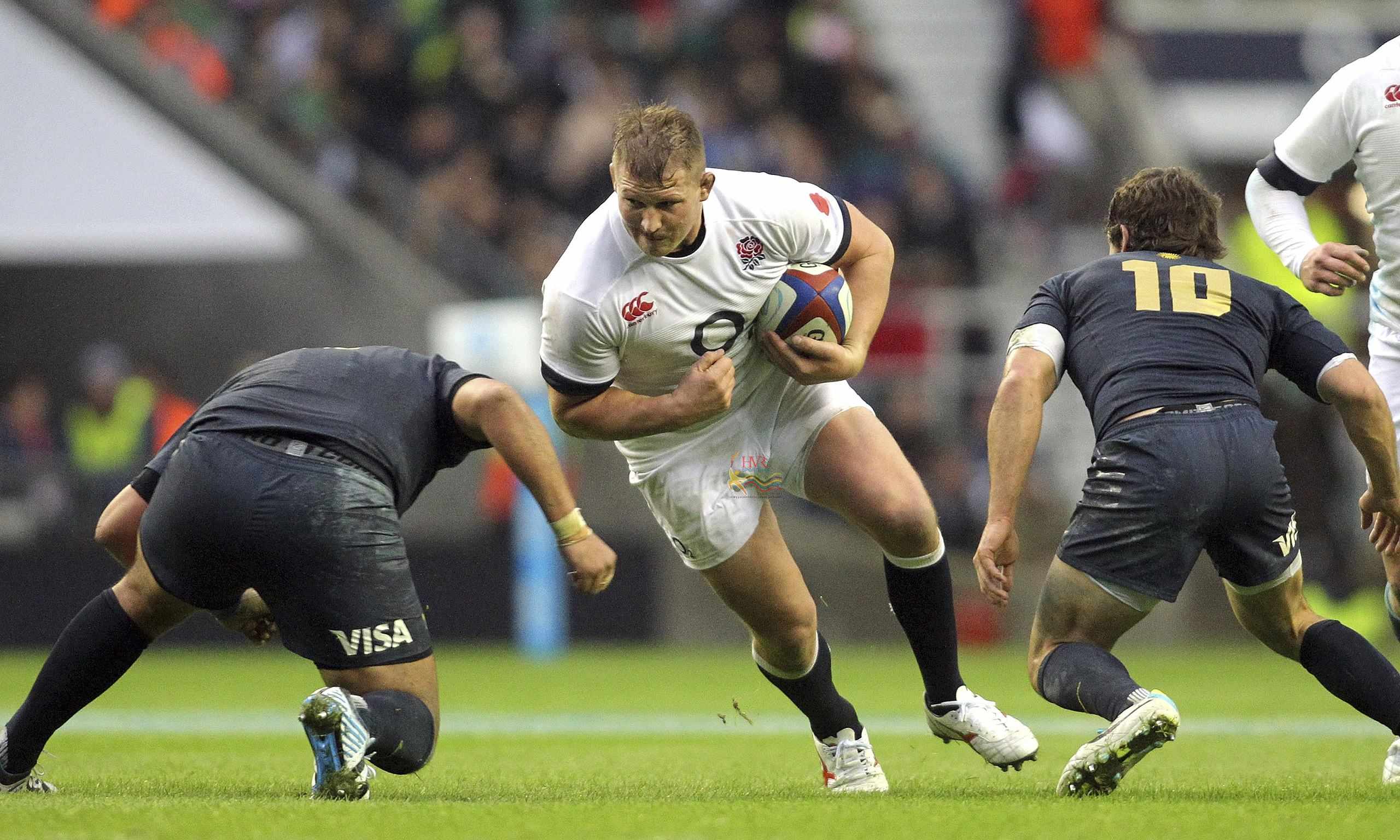 Rugby football is a type of football developed at Rugby School in Rugby, Warwickshire, one of many versions of football played at English public schools in the 19th century.[1] The two main types of rugby are rugby league and rugby union. Although these two forms share many elements, the two codes have gradually developed with distinct sets of rules.

Rules
Distinctive features common to both rugby codes include the oval ball and the throwing the ball forward is not allowed, so that players can gain ground only by running with the ball or by kicking it. As the sport of rugby league moved further away from its union counterpart, rule changes were implemented with the aim of making a faster-paced and more try-orientated game.

The main differences between the two games, besides league having teams of 13 players and union of 15, involve the tackle and its aftermath:

Union players contest possession following the tackle: depending on the situation, either a ruck or a maul can occur. League players may not contest possession after making a tackle: play is continued with a play-the-ball.
In league, if the team in possession fails to score before a set of six tackles, it surrenders possession. Union has no six-tackle rule; a team can keep the ball for an unlimited number of tackles before scoring as long as it maintains possession and does not commit an offence.

Set pieces of the union code include the “scrum”, in which packs of opposing players push against each other for possession, and the “line-out”, in which parallel lines of players from each team, arranged perpendicular to the touch-line, attempt to catch the ball thrown from touch. A rule has been added to line-outs which allows the jumper to be pulled down once a players’s feet are on the ground.

In the league code, the scrum still exists, but with greatly reduced importance as it involves fewer players and is rarely contested. Set pieces are generally started from the play-the-ball situation. Many of the rugby league positions have similar names and requirements to rugby union positions, but there are no flankers in rugby league.