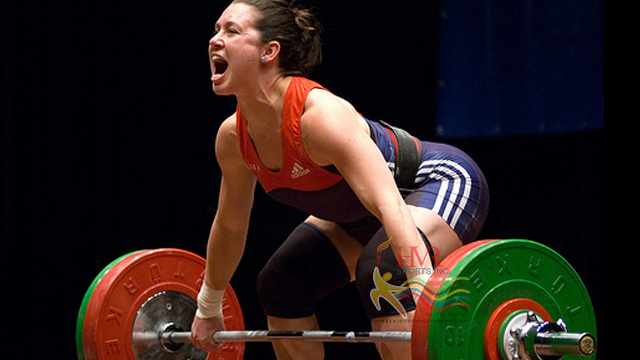 Weightlifting, also called Olympic-style weightlifting, or Olympic weightlifting, is an athletic discipline in the modern Olympic programme in which the athlete attempts a maximum-weight single lift of a barbell loaded with weight plates.

The two competition lifts in order are the snatch and the clean and jerk. Each weightlifter receives three attempts in each, and the combined total of the highest two successful lifts determines the overall result within a bodyweight category. Bodyweight categories are different for women and men. A lifter who fails to complete at least one successful snatch and one successful clean and jerk also fails to total, and therefore receives an “incomplete” entry for the competition. The clean and press was once a competition lift, but was discontinued due to difficulties in judging proper form.

GENERAL RULES FOR ALL LIFTS

Powerlifting is a strength sport that consists of three attempts at maximal weight on three lifts: squat, bench press, and deadlift. As in the sport of Olympic weightlifting, it involves lifting weights in three attempts. Powerlifting evolved from a sport known as “odd lifts”, which followed the same three-attempt format but used a wider variety of events, akin to strongman competition. Eventually odd lifts became standardized to the current three.