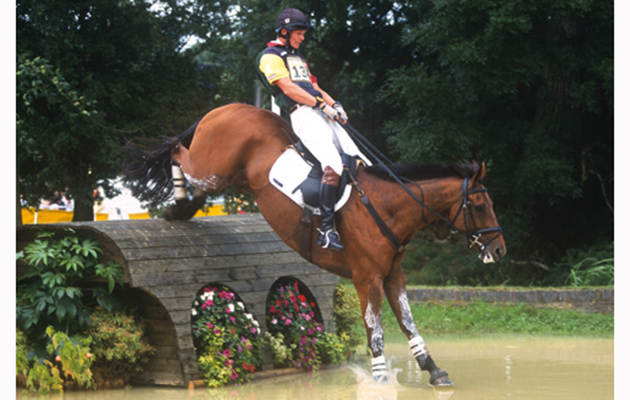 Highland Lad was foaled in Ireland in 1993 and was bought from Goresbridge Sales in September 1997 by Carole and David Hudson.

Before going to William in 2001 the gelding was trained and competed by Owen Moore.

He progressed to four-star with William, winning Burghley in 2002.

William had won Burghley once before that, in 1994 with Chaka, before taking it a further four times after Highland Lad (Ballincoola, 2005, Parkmore Ed, 2007, Tamarillo, 2008 and Parklane Hawk, 2011). The rider still holds the record for most Burghley wins at six.

“Weather and intense atmosphere were against us on that occasion,” said owner Carole.

“Unfortunately ‘Monty’ struggled to contain his nerves in the dressage at four-star level, although nothing could compare to him in the showjumping element.

“After trying to take the pressure off of him he was still not happy competing at top level and so I decided to retire him from eventing.

“Ironically following that he had a short but successful dressage career with Catherine Cawdron.

“Finally he retired from competition completely around nine years ago to enjoy his life at home with me.”

The Hudsons also own Highland Lad’s full brother, Highland Spirit who is a year younger.

The gelding was also competed by William Fox-Pitt and went round Burghley with Jeanette Brakewell.

“His career ended due to tendon problems,” added Carole. “Although he recovered I decided to retire him too. He is still with me, but missing his brother.”

Carole moved the horses from William’s yard to her own when the rider moved from Bicester to Dorset, which was too far for her to have a “hands on role” with the horses. She publicly thanked the rider at the time for all he had done.

Both horses have enjoyed retirement at her Buckinghamshire base.