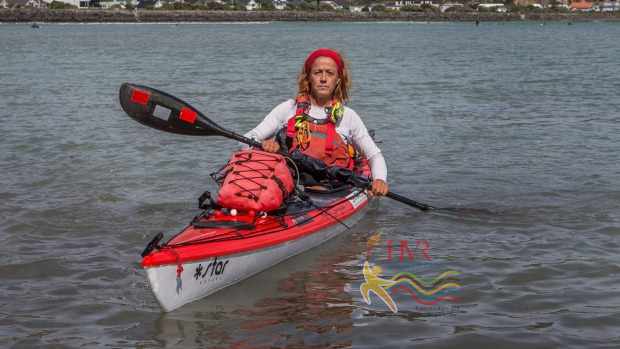 As the summer break ends for many people, Lynn Paterson’s “holiday” continues: kayaking more than 5000 kilometres around the New Zealand coastline.

Having begun her adventure 1700 kilometres away in her home town of Auckland, Paterson, aka Red, headed out from Sumner beach this week to begin the paddle around Banks Peninsula. She draws strength from the people she meets on the journey.

“First they think you’re crazy, but once they get to know you they’re really lovely. They’re humbling, caring, phenomenal.”

Paterson is also fuelled by the people over the years who told her she couldn’t do things.

She has competed in adventure races, ocean swims and marathons, but the 53-year-old financial controller’s dream had long been to paddle around the whole of New Zealand.

Highlights of her journey so far have included crossing Cook Strait in perfect conditions with a full moon to guide her, and being accompanied by dolphins for three hours on New Year’s Day.

A support crew have been shadowing her in a camper van, ready to grab her kayak at the end of a days paddling and help prepare her for the next leg.

“Cuzzie” the camper van is emblazoned with “Redz NZ Journey, NZ Coast, One Red Kayak, 180 Days” a time frame she says is a bit optimistic. She began her paddle in late October and suggests early May is now a realistic completion date.

The van also has a pointer to the Mental Health Foundation, an organisation she is supporting. Assisting her son, who suffered from depression coupled with drug and alcohol issues, showed her the importance of exercise and finding a calming environment.

“I think that getting outside is probably the best medication in the world.”