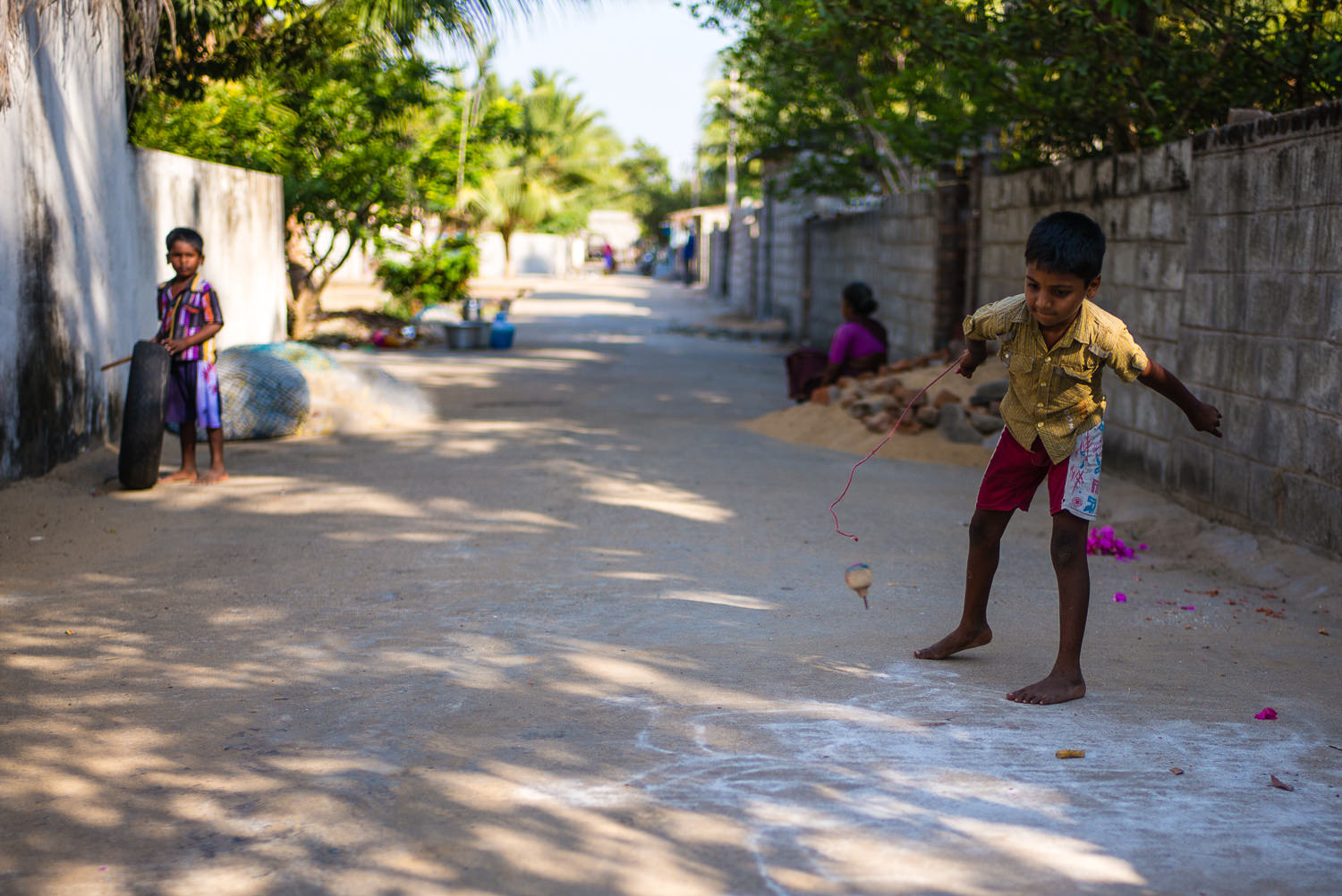 As we know, present competitive age is not offering a family to sit together and to come close to each other, getting a chance to play some childhood game. From quiet some time we observed that even Indian traditional games are losing their significance as even India is adopting the western culture in the name of technology…Sadly, though this generation has lack of time, or the place to play these games. Their time is spent in front of television, video game or probably surfing internet.

Spinning top or Lattu was once the most popular street game of India. It is still played in some of the villages, lattu is a part of life for children in Indian villages. The game involves spinning a lattu (top) – a solid ‘turnip shaped’ wooden toy with a grooved lower half with two nails dug at the top and the bottom. A cotton string is wrapped around the lower half of the ‘lattu’ to make it spin.