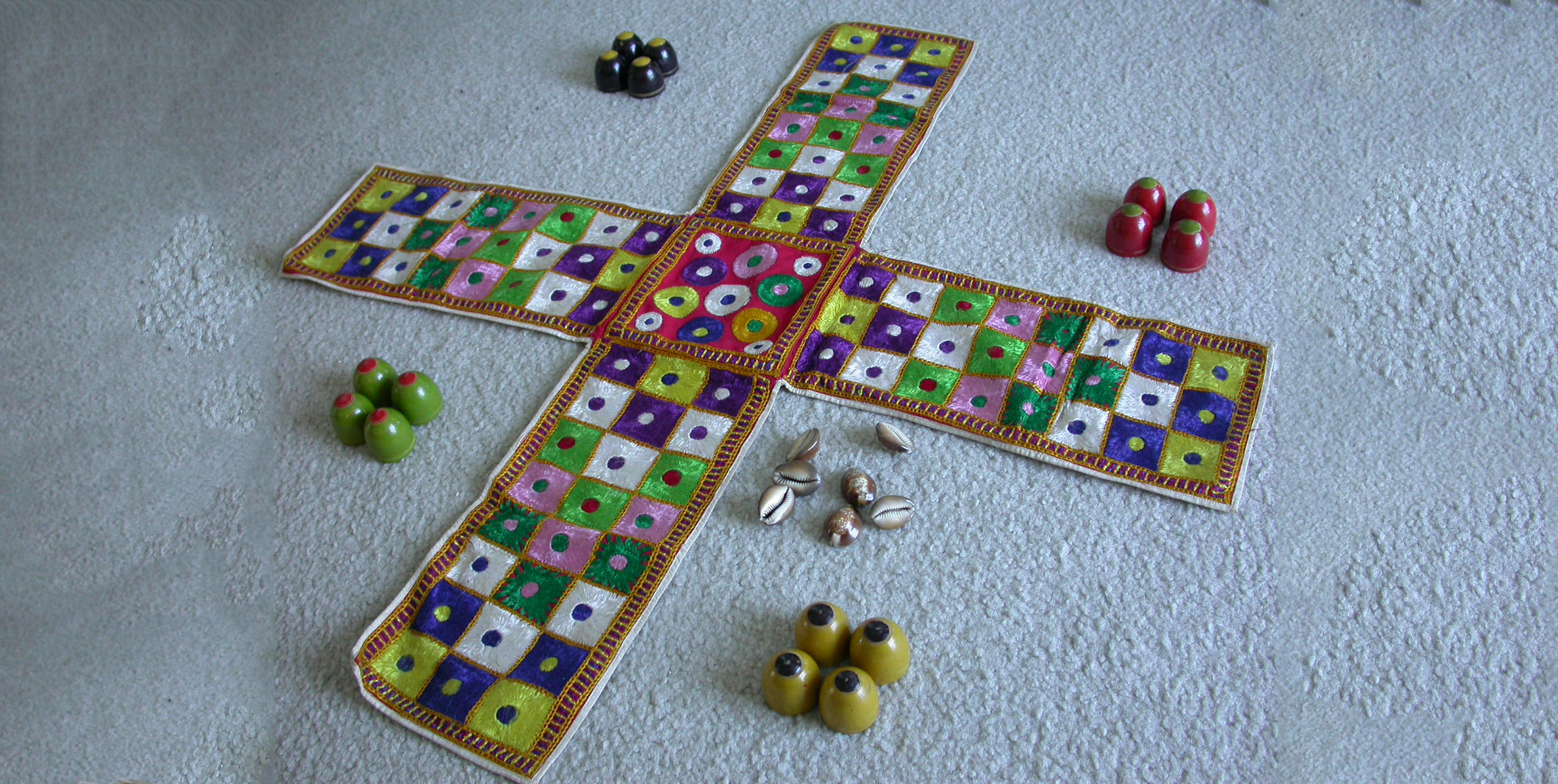 One game board; 4 sets of pawns (each set contains 4) which are coloured Red, Black, Yellow and Green; two Stick Dice. The game is for four players playing as partners.  Partners sit opposite each other; Yellow and Black play against Red and Green.  To begin, the pieces are placed in the Charkoni.  Each player throws the cowries – highest plays first and thereafter turns are taken in an anti-clockwise direction.

It is possible to play the game with two players.  In this case, play proceeds exactly as if there were four players but one player plays Yellow and Black and the other plays Red and Green.

Each player’s objective is to move all four pieces down the middle of the nearest arm, around the edge of the board in an anti-clockwise direction and then back up the same arm to finish back in the Charkoni.  The pieces are placed on their sides when returning up the middle of the arm towards the Charkoni in order to distinguish them from pieces just starting.

It is more skillful, complex and older game called Chausar, Chaupar, Chapur or Chaupad also exists (there are several more spellings and names – this game probably holds the record for number of variations of a name!).  This is the form of the game that the Emperor Akbar 1 of India would have played using slave girls for pieces in the sixteenth century and the game probably dates back to well before the time of Christ. Play is the same as Pachisi with the following differences: