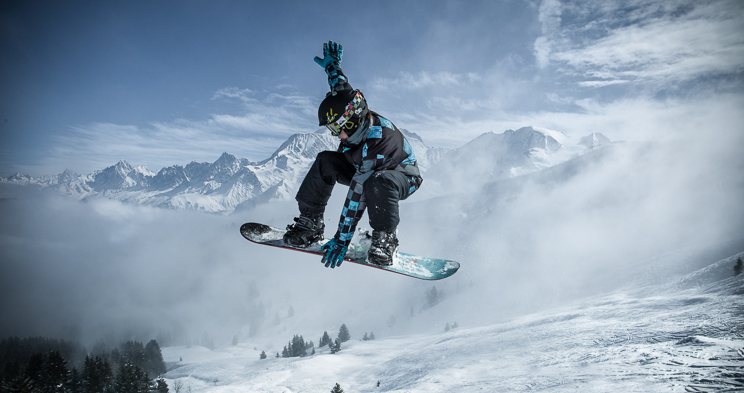 Snowboarding is a recreational activity and olympic sport that involves descending a slope that is covered with snow while standing on a snowboard attached to a rider’s feet.

The development of snowboarding was inspired by skateboarding, sledding, surfing and skiing. It was developed in the United States in the 1960s and became a Winter Olympic Sport in 1998. Its popularity (as measured by equipment sales) peaked in 2007 and has been in a decline since.

Basic snowboarding rules are written to safeguard snowboarders and other riders. Since there is a high possibility of injuries that can take place, the rules are mostly common sense and aim to keep the rider and others safe on the mountains.

The first and the most important rule that everyone needs to follow is to know one’s abilities and keep away from risky snowboarding stunts. Watching professional and experienced snowboarders, it is easy to believe that one can also pull off the stunts that they are doing. However, these are not as easy as they may seem. It takes time and dedication to master huge cliff jumps and controlling the board at high speeds.

A snowboarder has to remember to stay out of the way of other snowboarders at all times. It is important that a snowboarder does not stop in the blind spots such as below a catwalk or at the bottom of a jump. It is hard for other riders to turn their board when falling on the force of gravity. When riding behind someone, the person in the front has the right of the way and no matter how fast or slow this person is going, the snowboarder at the back has to slowdown. It is also necessary that a person stays within the boundaries of the snowboarding range and avoid going outside the marked boundaries. There is a high risk of avalanche in unexplored areas and unless one is experienced in riding in unexplored back country terrain, and is riding with avalanche gear and beacon, it is not recommended that one crosses boundaries.